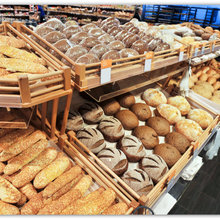 The history of bread-making, and the sorry state of modern supermarket bread

The origin of bread

The first evidence of bread being baked dates back to approximately 10000 BC. Sourdough bread was discovered by the Egyptians in 6000 BC. Apparently the use of fermentation to make bread rise was discovered by accident, when someone left some dough in the sun and it rose. Since then, bread achieved distinction as a staple food product in all parts of the world. Wealthy Greeks dipped it in honey and wine. Bread carried special political significance in ancient Rome, where Caesar would give bread to the masses to secure their favor. Here in the Czech Republic, bread played a special role in the coronation of kings, and to some it was considered more important than gold. By the way, the oldest bread oven in the Czech Republic is found in Bylany near Olomouc, and it estimated to be between 6600 and 6800 years old. 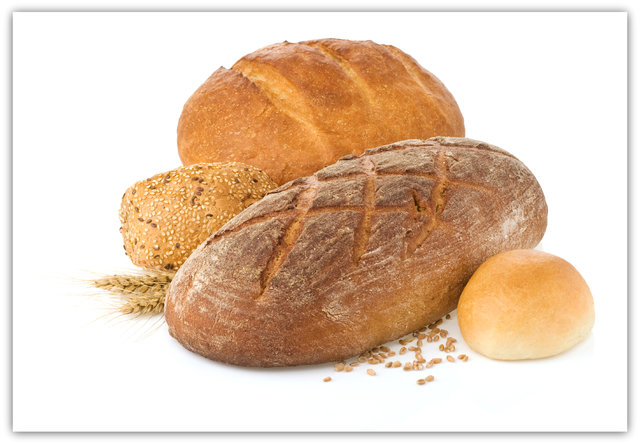 Until the Middle Ages, people in the Czech Republic baked bread at home. Sometime in the middle ages, the profession of baking emerged, and bakers became known as important citizens. In the 18th century, there were strict rules and regulations regarding baking. If a baker was found to have overstated the weight of his loaves, he was punished by being strapped to a waterproof chair and dunked in a lake or well. Things began to shift in the 19th century, as the industrial revolution was taking place leading to new baking techniques, which didn’t follow such strict rules. The early 20th century saw the establishment of large mass-produced baking in the cities. By the 1950’s, the small family bakery was becoming less common except in small villages and rural areas. In the 70 years since, we’ve seen the advent of “modern” bread making, which has included the use of chemicals and additives to make bread that is cheaper to produce and lasts longer.

How effect does “modern” bread have on our health?

Eating white bread over a period of time has a clear negative effect on our health. White gluten literally sticks to our intestines, resulting in constipation, acne, bloating, inflammation, and a buildup of mucous. In addition, white flour gluten clogs the blood, affects the metabolism, and is a major factor in modern diseases like diabetes, high cholesterol, and obesity. The daily consumption of white bread also creates a highly acidic environment in the intestines, which is a fertile breeding ground for all kinds of harmful organisms, some of which have been shown to cause cancer. 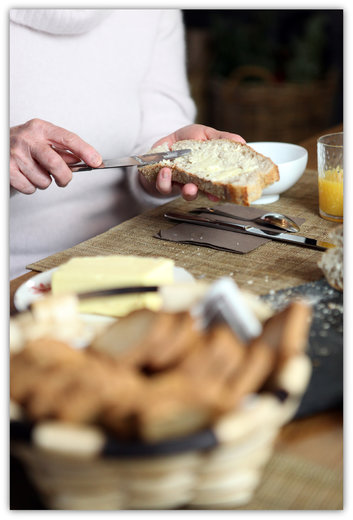 People who limit or completely omit foods with this gluten often see an incredible positive change in their health. These problems go away, and their overall level of fitness improves.

The consumption of white wheat flour bread wouldn’t be such a problem if we didn’t eat it every day. Unfortunately, virtually every bread product sold in stores today is based on white flour, and is loaded with additional chemicals and additives that have been shown to have a negative impact on our bodies. Most of us cannot do without bread. It is a staple in daily life, whether at breakfast, served with dinner, or as a snack for children. So what needs to be done is to replace the bad white wheat flour with a better grain, such as rye, spelt, barley, or a wheat-rye combination. Even replacing white wheat flour with whole-grain wheat can have a positive impact on our health.

Whole-grain rye bread works in the exact opposite fashion as white wheat bread, especially if it is made with sourdough starter instead of commercial yeast. It cleans out the digestive tract, reduces constipation and bloating, and clears up acne and other skin problems. Because it doesn’t create the harmful mucous that white flour creates, it leads to cleaner blood, which reduces inflammation and clears up the acidic breeding ground for modern diseases like diabetes and obesity.

What kind of bread can you buy at the supermarket?

At first glance, it seems like there is a wide variety of bread products for sale in modern supermarkets. If fact, for the most part they are just variations of the same recipe. They look different due to artificial colors, different shapes, and the addition of small extras like seeds. It is rare to find a true whole grain bread in the store. Just because a loaf of bread is dark doesn’t make it “whole grain”. True whole grain bread must be labeled as such, so take a look next time you are shopping for bread. It isn’t likely you’ll see whole grain bread. True leavened bread, made from sourdough starter, is almost impossible to find, except perhaps in a small family bakery.

Taking a closer look at the quality of bread on store shelves, you’ll often find loaves that are burnt, dry, hard, or past their prime. Even so-called “bio” bread may contain additives or yeast accelerators. And just like other breads, “bio” is no guarantee against overcooking, burning, or spoiling. It is becoming more common now to find bread that arrived frozen at the supermarket, and is baked after undergoing freezing. Although it may look tempting, this pre-frozen bread tends to get gummy or hard much faster than fresh bread.

In the book “Baking and Cooking with Reissovými “, the author Ota Reiss notes When analyzing the pastry from the supermarket, we counted all kinds of technical baking mistakes. In the bio shop, there were slightly fewer problems, but these breads are still not good for daily consumption". 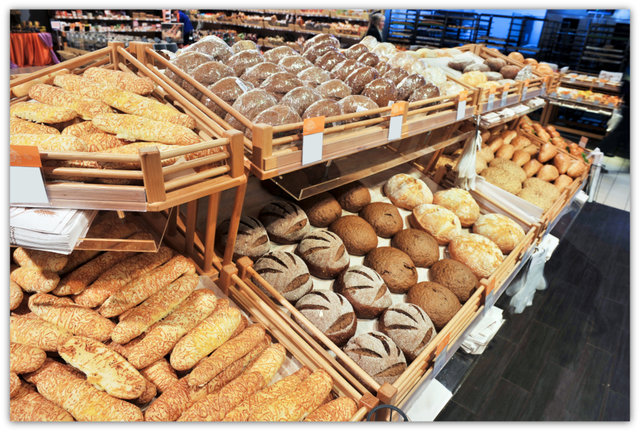 Some problems found in the supermarket bakery included the use of old oxidized flour, artificial yeasts, large bran/grit bits (which can damages the intestinal lining), and far too much salt. Do you ever see a warm loaf of bread sitting on the shelf at the store? This is not common, because unless it is eaten quickly, this bread will rapidly dry out on the store shelf. Sometimes supermarket bread is overcooked, leading to a crust that is too hard, and if it is burnt the crust can contain carcinogenic hydrocarbons. Is that really the bread you want to be putting in your body?

Did you know that the bread you buy in stores often contains recycled parts of old unsold loaves? It is a common practice in large bakeries that supply “fresh” bread for supermarkets. These bakeries, in order to have enough bread on the store shelves, will often cook far more loaves than are actually sold. The unsold loaves, rather than being discarded, are returned to the bakery, where they are softened, ground up, and added back to the new dough. Laws regulate the percentages of old bread that can be added to fresh dough, but this isn’t strictly regulated. It may be that the “fresh” loaf of bread you just bought contains half of an older loaf that was recycled back into this loaf. And that old portion may contain bread from a previous baking cycle, so there can be several generations of recycling in that “fresh and new” loaf.

Because of the production mass production techniques used to make supermarket bread, it often doesn’t have the right flavor or smell. Many loaves are mass-produced in rotary kilns, which are designed to make rolls and buns, not loaves. These ovens cannot make true bread like what was made in the old days. They also don’t allow for multi-phase rising, which is needed to make a good-tasting bread.

How to get healthy bread?

Given all these facts, the only way to get truly healthy, delicious bread is to make it yourself. Using sourdough starter instead of commercial yeast, and following a basic recipe of whole grain flour, water, and salt or cumin, you can make bread that is a true source of nutrition and taste. You can be sure you aren’t filling your body with chemicals, additives, carcinogens, and white wheat gluten. 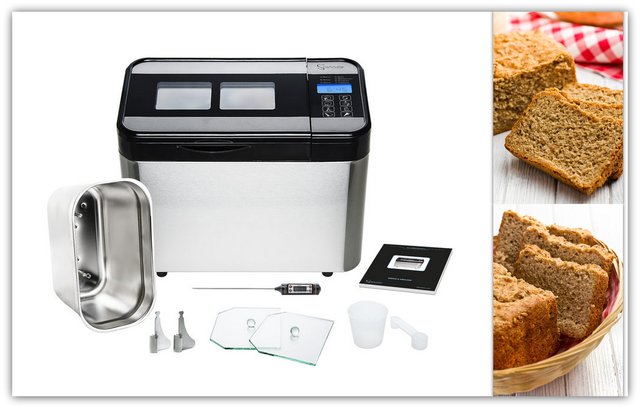