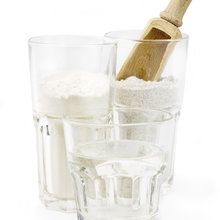 These additives are put in to modify the flavor and look of the bread according to market demand, to ensure the highest level of sales. In addition, these additives help the bakers to have easily-processed dough. But the sheer number of “improvements” added to the dough surprised the experts at the Prague Institute of Food Technology.

The baker isn’t the one who decides on the additives. Instead, a separate company comes up with an ever-changing list of additives, which can change month-to-month depending on the composition of the flour. This is done to ensure the best flavor. According to Mr. Příhoda, “The most honest companies actually go into the grain fields before harvest and test the chemical composition of the grain. Based on the results, they come up with the ideal mixture of additives.” The exact additives are determined by experts, who continually look for ways to improve both the taste and the dough properties.

According to Marcela Slukové, an assistant professor at VŠCHT, sometimes additives can be put in which cancel each other out. For example, listed on the label of bread rolls purchased at Makro was ascorbic acid, which is used to improve the rising of dough. However, in the same ingredient list was cysteine, which actually reduced the rising effect of yeast.

Ms. Sluka said it is clear that the producer of these bread rolls had two groups of additives: a base group which is a permanent part of the ingredient list, and a second group of additives which change according to the flour used. It seems nobody realized that, in this case, the two additives would actually work against each other.

According to a spokesman of United Bakeries, these additives are put in simply to improve the quality and workability of the flour. "The amount of additives in our baked goods are very small - less than one percent - but for legal reasons manufacturers must list every ingredient, even ingredients in such trace amounts," says Jaroslav Pomp.

Mr. Pomp further stated that, depending on the the quality of grain in each harvest, the same product can have different additives every year.

Mr. Příhoda said that everything depends on the quality of flour. If they used flour from the U.S., European bakers would have a problem. To use it in their baked goods would require much more kneading and rising than they are used to.