For thousands of years bread was baked in the same way, using whole grain flour and yeast. This bread was not only delicious, but it also nourished, protected, and healed the body. In the 19th century, a way was found to increase the shelf life of flour by removing the wheat germ and the bran coating, leaving only the starchy endosperm portion of the grain. Although this flour lasted much longer, it also lost most of its nutritional value. All the healthy proteins, fats, vitamins, minerals, and fiber from the bran and germ were removed. Also at that time, dry yeast was developed, which replaced the traditional living yeast blocks. In the 20th century, technology “improved” white flour by adding chemicals, sugars, fats, and other additives.

So now we have modern, 21st century bread. A far cry from what our ancestors ate, our modern bread is full of additives and preservatives. Even with those additives, modern bread begins to mold after three days. In addition, it is often overcooked, dehydrated, frozen and thawed, and extruded through special machines. All this leads to a product which, though cheap to produce, can be difficult to digest and if consumed regularly can have devastating effects on the body. Ota Reiss, who designed our multi-function Sana Smart Bread Maker, visited several bakeries and shops to see if he could find healthy bread. Among his findings were bread with burned crusts (which can be carcinogenic), bread cooked with stale flour, and many other problems. He even checked organic bread, which fared slightly better than “normal” bread, but was still far from being a healthy food. 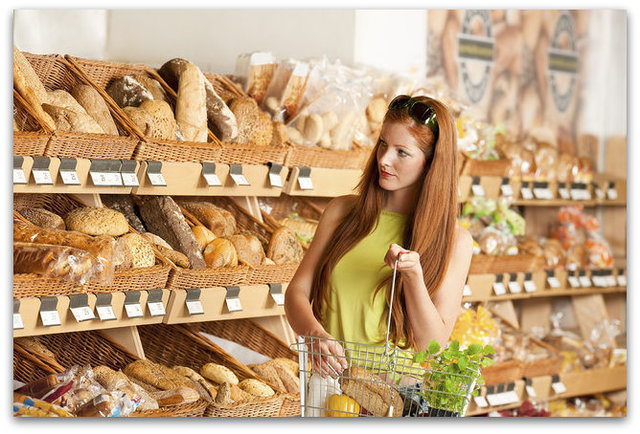 How does bread affect our health: 10 important things you need to know

Bread from the supermarket, which is eaten as a staple food daily by many people, causes many bad effects to our bodies. How? Take a look at the following ten ways that store bough white bread damages our bodies. Fortunately, there is a solution.

1. Empty calories: Unlike whole grain flour, “refined” flour has no healthy fats or quality proteins, but is mainly simple sugars without fiber. There are some vitamins and minerals added back into the flour, to try to make it look healthier. These empty calories are not filling, and people tend to eat too much of it because of that.

2. Sticks to your gut: Wheat gluten is basically indigestible, and can stay in the intestines slowly decomposing. It can eventually lead to a coating in the intestines, which creates an environment where yeasts and fungi can grow. This can lead to gas, eczema, shortness of breath, and heart arrhythmia. Also this can cause you to eat more, especially food with simple sugars. Also, the intestines will absorb less nutrients, due to these fungal growths.

3. Clogs your blood: The clogged intestines release toxins into your blood. These toxins are manifested often in skin problems like acne, eczema, dermatitis, and allergic rashes. These toxins can result from things we ate and drank up to three months in the past. What you eat determines to a large extent the condition of your blood. Limiting processed foods can lead to cleaner intestines, which leads to cleaner blood. Pure blood keeps you feeling younger and fresher, with more energy. This can be seen in the condition of your skin – often these problems begin clearing up soon after changing your diet.

4. Causes indigestion: Do you struggle with abdominal cramps, bloating, constipation, or diarrhea? It could be from the body reacting to excess gluten which has settled in the intestines. If this build up continues, this can lead to gluten intolerance, which can take the form of celiac disease, gluten allergy, or Duhring’s disease. These conditions are permanent, leading to a need for a gluten-free diet. 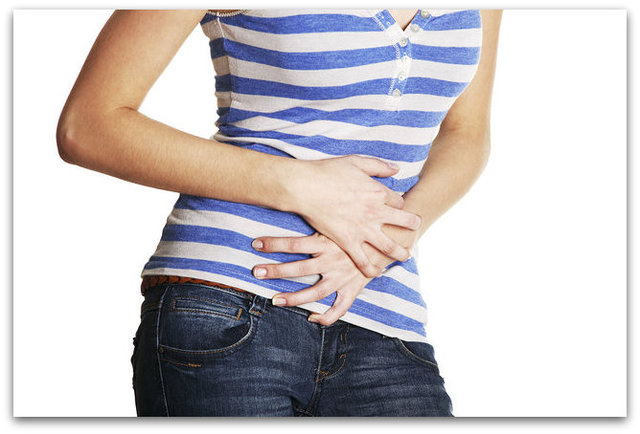 5. Limits the function of the immune system: The small intestine is one of the body’s main defense lines against disease. An intestine clogged with decomposing gluten and yeast is less effective at protecting against disease organisms. This can lead to higher rates of infection.

6. Body acidification: The plethora of intestinal gluten and yeast creates a highly acidic environment. This causes a disturbance in the intestinal mucous. This can lead to substances such as undigested protein, milk caseins, and gluten itself entering the bloodstream. This acid environment also makes it more difficult for the body to burn fat. In addition, it creates an environment more beneficial for harmful organisms to thrive. Acidity is also cited as a major cause of cancer. Finally, the acid removes calcium, which can eventually contribute to osteoporosis.

7. Blood clogging: As mentioned already, damage to the small intestine can lead to bad things getting into the blood. The body’s defense against this is to rid the blood through mucus, which flushes these organisms from the body. However, if the blood is continually having foreign organisms entering it, the mucus can build up on the walls of the veins, leading to a higher risk of arteriosclerosis. One sign of a high buildup of mucus is a constantly runny nose, or a buildup of mucus in the throat, even when you don’t have a cold.

8. Depression or anxiety: There are many causes of depression and anxiety. But hyperacidity has been shown to have a negative effect on the mood. This might not manifest as depression, but as nervousness or irritability. Children are even more sensitive to these reactions. One way to combat this, besides restricting wheat gluten, is to eat more raw vegetables or drink fresh vegetable juice. 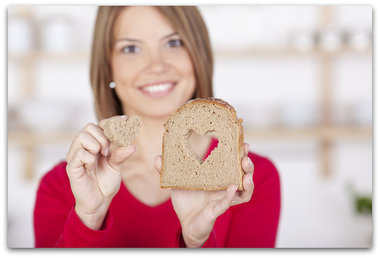 9. Increase of “modern” diseases: Obesity, diabetes, high cholesterol, high blood pressure, and Alzheimer’s disease are all conditions which have become more prevalent in modern-day society. The most common result of excess consumption of white refined flour is obesity. A person can be obese, while still falling in the normal height-weight range. It all depends on the percentage of fat in the body. For example, a woman weighing 62kg can have 30% body fat, which would be considered mild obesity. Obesity leads to a higher incidence of cancer and cardiovascular disease, and has with it a correspondingly lower life expectancy. The high glycemic index in white bread causes a massive surge in blood sugar, which leads to insulin flooding the body. Daily consumption of white bread, along with other high-carb foods, can lead to a pre-diabetic state. This means the blood has constantly elevated insulin levels. Over time, this can turn into full-blown diabetes. In addition, the additives in white bread, especially the poor-quality fats, can harm the body. Excess wheat gluten can act as a neurotoxin, damaging nerve fibers which affect brain functions. There is a possibility that excess consumption of wheat gluten can result in such neurological diseases as Alzheimer’s or multiple sclerosis.

10. Expensive and inefficient financially: The price of a home-baked loaf of bread is similar to a store-bought loaf. But it is actually cheaper baking at home. Whole wheat sourdough bread is more filling and denser, so a loaf goes much further. In addition, home-made sourdough will last up to seven days, unlike white bread from the store which starts losing its freshness on the second day. If you want to always have fresh bread, you would need to buy three loaves a week since they start going bad after 2-3 days. By baking at home, you can keep one loaf for a week, saving a substantial amount of money over time.

So what can you do if you like bread but want to stay healthy? The best solution is baking your own bread at home.

Unless you’re lucky and have access to a small family bakery that is focused on healthy bread, you won’t find healthy bread at a store. It may seem a daunting task to bake your own bread, but its actually much easier than you think. After tasty home-made bread, and experiencing the health benefits, you’ll never want to go back to store-bought “bread”.


How the deposits of wheat gluten slowly peel off, increasing the area for absorption of nutrients. The immune system is benefited by the vitamins which can now be absorbed properly. As your clogged intestines begin to clear up, digestion and overall health improve.

Your blood will also begin to clear, because the veins are not being filled with mucus. As the small intestine heals, there are less toxins excreted into the blood. On the contrary, positive nutrients are now being sent to the bloodstream, promoting healing throughout the body. Over time, mucus buildup in the nose and throat is reduced, especially if the body stays properly hydrated.

To counteract the acidic ph in the body is more difficult, but limiting the intake of wheat gluten is a positive first step. Eating more fresh fruits and vegetables can help as well. Also, drinking water with lemon helps create a more alkaline environment in the body, despite the sour taste. Creating a more alkaline body chemistry makes it more difficult for diseases to develop.

Whole wheat bread also helps to maintain stable blood sugar levels and create a feeling of fullness. This is helpful for weight control, especially given the high nutritional value in whole-grain bread.

Why have a home bakery?

The main reason is because it does almost all the work for you. The preparation of ingredients will take 5 to 10 minutes, the bread machine takes care of the rest. It kneads, regulates the rising of the dough, bakes, and doesn't make any mess. If you choose to use yeast, baking will be easier, but we strongly recommend you establish a beneficial alternative – leaven, also known as sourdough starter. When baking rye or rye-wheat bread, leaven is really a necessity, since yeast doesn't function well in these recipes. Using leaven is easy compared to yeast and brings only benefits (get tasty, durable and healthy bread). It takes 3-5 days to make your own leaven, but this step can be skipped by using a piece of sourdough starter from someone who already has some. This starter can be used over and over, since it continually grow. If you purchase the Sana SmartBreadMaker, this process is simplified.

The Sana SmartBreadMaker is currently the only bread machine in the European market which specializes in preparing and baking whole grain fermented sourdough bread. In September 2014, the magazine dTest tested several bread machines, and found that all of them had difficulty with whole grain flour. Some of them under-cooked or over-cooked the bread, resulting in flat, cracked, or even burnt bread.

What are the benefits of the Sana SmartBreadMaker, which was developed in the Czech Republic, based on 20 years of baking experience?

"The Sana is a great bread machine that will satisfy both those who like to experiment with different settings, and those who want to just push a button and let the machine do the work," says nutrition advisor Ing. Jana Ciglbauerová who chose the Sana SmartBreadMaker and highly recommends it to everyone. "It will meet and exceed your expectations."